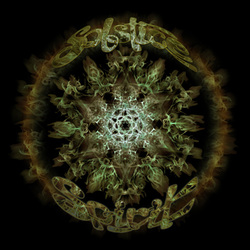 With all the line-up changes over the years, Clive Bunker’s departure following The Cropredy Set was pretty much business as usual. However, with Pete Hemsley from the New Life line-up back behind the drums, Solstice would enter an unprecedented period of stability, the first fruits of which can be found on Spirit. Very much a guitar-dominated record, from the explosive waves that surge and crash through ‘Here & Now’ to the Zappa-esque squalls on opener ‘Solomon’s Bridge’. Mention must be made, though, of Jenny Newman’s fiddle, which asserts itself more strongly than on the previous album, nowhere more so than on ‘Oberon’s Folly’. The music is wide-screen and emotional, spreading wings on which Emma Brown’s vocals soar.

There are new elements to the band’s sound, particularly on ‘Freedom’, which samples inspirational speaker Adam Kokesh (go on, look him up), erupts into an infectious township vibe. The surprise, though, is the album’s title track, which has come a long way since the funked-up mid-80s demo (available on the de-luxe edition of New Life) and appears in an arrangement that echoes Silent Dance’s ‘Earthsong’, closing the album on gentle ripples of keyboards and splashes of guitar.

The set is completed by a bonus live DVD from an intimate gig at Milton Keynes’ Pitz Club, showcasing five of the album’s seven tracks, along with favourites from the back catalogue, taking in early material like ‘Morning Light’ and ‘New Life’, through to ‘Sacred Run’ and ‘Ducks on the Pond’.

Spirit is available from  buy or to download from Festival Music or iTunes.
Read Reviews